Although the U.S. economic expansion is the longest on record, its moderate pace has produced significantly lower cumulative GDP versus the cycles in the 1980s and 1990s; we’ve taken longer to not get as far. Since economic cycles don’t have an expiration date and the Federal Reserve is committed to easy money for the foreseeable future, this cycle may have more longevity than some expect (Chart 1). 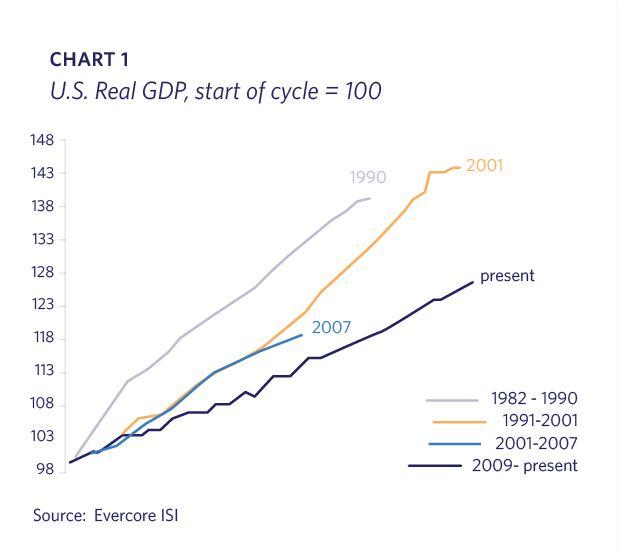 Despite recently exiting its third “mini-recession” since the Global Financial Crisis (ìGFCî), the U.S. economy received its highest ratings in almost two decades in a December CNN/SSRS poll. Positive attitudes toward economic conditions have climbed impressively in recent years (Chart 2). 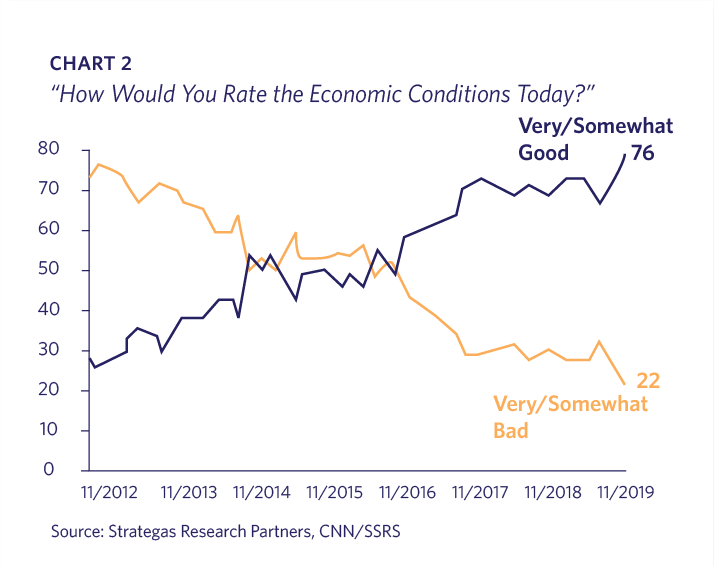 The high ratings are likely due to the “Misery Index” (inflation plus unemployment rate) being at the lowest level since Eisenhower was President (Chart 3). 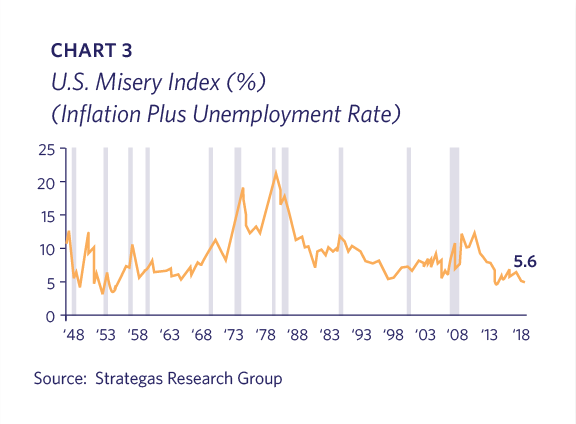 The strong employment environment continues to pull workers into the labor market as indicated by an increasing participation rate (Chart 4).